Plymouth County Sheriff's Department has its very own state of the art mobile firing range. It is fully equipped with the most advanced training capabilities. The trailer of the truck contains moving targets and live action hostage scenarios for officers to train with. We use this mobile firing range to train our local officers as well as officers from surrounding communities.

On Saturday, November 26, 2011, more than 30 deputies arrived at the East Bridgewater outdoor range to accept the challenge. The competition involved both timed and highest score events, with three weapons in each event; pistol, shotgun, and patrol rifle (22 caliber). Shooters had to break skeets, as well as balloons in the wind. Officers were timed in the assembly of their weapons and color target shooting from a distance of 50 yards and closer.

There was a 5-phase elimination with a designated number of shooters, until the final two shooters were left. However, the competition was fierce and Lt. Paul Foran and Deputy Patrick Hayden found themselves locked in a tie on the final round. That led to a sudden death match with the winner on the dueling tree. 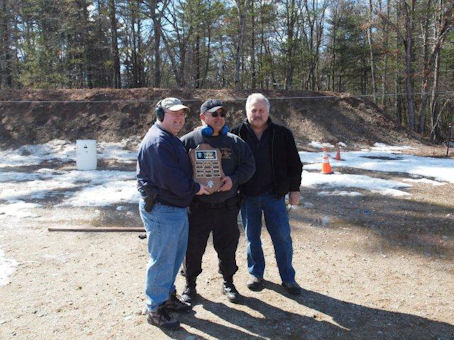 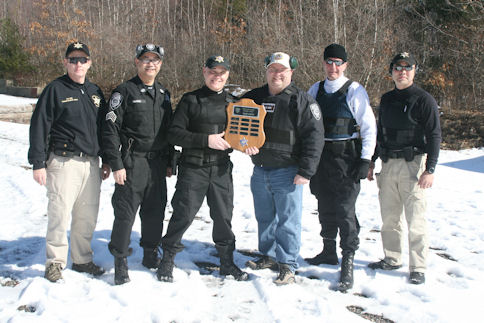 February 20, 2010 - The Plymouth County Sheriff’s Department held its annual Top Gun finals under the direction of Captain Robert Bethoney. After the smoke cleared Deputy Michael Martin beat out his coach BCI Deputy William Rovelto in the final shot. Congratulations to Deputy Martin and all the finalists.